Abortion is ending the pregnancy by using medicine or surgical procedures. Only one person walks away from an abortion. Abortion procedures are:

RU486 is the abortion pill used within four to seven weeks after last menstrual period. This may involve three appointments. The first appointment you are given an oral dose of RU-486 ( Mifepristone). If the abortion has not occurred, two days later you take another drug Cytotec or Misoprostol. This makes the uterus contract like you are in labor. The baby, tissue, and blood will come out of your vagina within four hours. If this does not happen, you return for a surgical abortion.

Suction Curettage D&C: This is the most common surgical abortion procedure performed between six to fourteen weeks after the last menstrual period. After the cervix is dilated, the doctor inserts a hard plastic tube into the uterus thirty times more powerful than a vacuum cleaner. The suction pulls the fetus’ body apart and out of the uterus.

D&X (dilation and evacuation): This procedure is performed between thirteen and twenty-four weeks after last menstrual period. At this point the baby is too large to be broken up by suction alone. The cervix is stretched open so the baby parts can be pulled out with forceps. The baby’s skull is crushed to ease removal and a curette is used to scrape out the contents of the uterus, removing any remaining tissue.

D&X (dilation and extraction) performed from twenty weeks after last menstrual period to full-term. This is commonly known as partial-birth abortion. The cervix is dilated, using ultrasound, the baby’s legs are located, and using forceps the baby is delivered up to the head. Next, scissors are inserted into the base of the skull to create an opening. A suction catheter is placed into the opening to remove the brain. The skull collapses and the baby is removed.
What are the risks resulting from abortion?

Side effects occur with induced abortion, whether surgical or by pill. These include abdominal pain and cramping, nausea, vomiting and diarrhea. Abortion also carries the risk of significant complications. If the cervix is torn or the uterus punctured, the risk of hemorrhaging is significant. Infection can develop from the medical instruments or fetal parts that are mistakenly left inside. Damage to internal organs can occur due to the strong suction used.

After an abortion, women will often go into denial making it difficult for them to identify post-abortion stress in their lives. Systems such as acute sadness, long-term grief, anger, guilt, shame, flashbacks of the abortion, memory repression, increased use of alcohol and drugs, difficulty keeping close relationships, difficulty bonding with children, and a sense of loneliness are all a symptom of post-abortion stress. Abortion is a secret that is buried deep inside and eats away at your heart.

You are not alone. Heartbeat offers hope and healing through a program called H.E.A.R.T (Healing the Effects of Abortion-Related Trauma). This Bible study is designed to assist women in dealing with the pain associated with the trauma of a past abortion. It guides you through the specific steps of forgiveness, emotional healing and restoration. Participation in H.E.A.R.T is kept private and confidential. Remember, secrets can only destroy from within. Don’t remain silent.

Interview with an Unborn Child

The Cost of Abortion 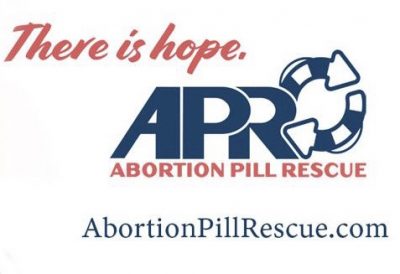 A pregnancy test confirms that you are pregnant and at that very moment you are a mother – not in nine months – but right then. You are now making decisions for your child. Get more information…

Adoption is a loving unselfish decision a mother or couple can make for their baby – It is very difficult and involves a great deal of love to put yourself aside and think of what is best for your baby. Get more information…

Marriage is the blend of two lives and creating a shared life. It is authored by God to provide a loving, stable home for children. It is commitment for life and should be considered with the utmost care. Get more information…